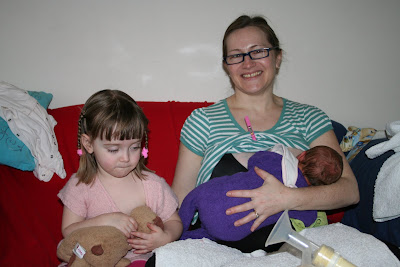 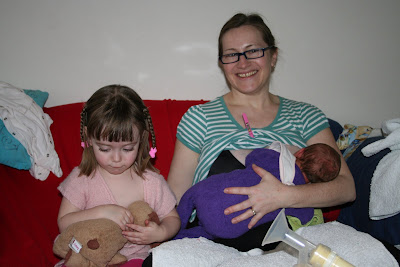 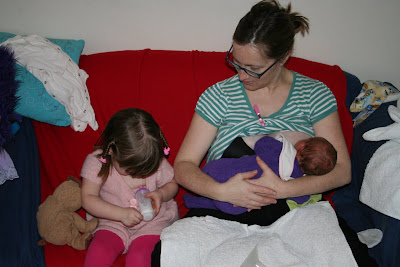 I have written this post in my head at least 20 times, but I still don't know how to start it now. You know, when some thing very intense absorbs so much of your time and (almost) all your thoughts. I can barely articulate it all now I am trying to.

Zoe turns one next week. It has been an amazing 12 months for my own personal growth. I feel like such a different person. Such a better person. Her birth was the most difficult thing I have ever done in my life. To be honest, I was shocked for months afterwards at how awful it was. The intensity of it. The pain. The joy. The love. The magic of another child. Zoe. One day I will try to write about it.

But there was another issue I have been dealing with since she was born. For the first 8 and a half months of Zoe's life, I felt like a freak. I had an over supply of breast milk. I was engorged every day. I also had a very forceful letdown, almost painful. It was uncomfortable to say the least. It was messy. Some days I felt so alone. I felt that my friends and family were sick of hearing me talking about it. In the very beginning, my forceful letdown was making Zoe projectile vomit (milk in too fast = milk out even faster)

I phoned the ABA a few times, in the first month after Zoe's birth, and they were very supportive and offered much help with relieving the symptoms of my over supply, but there was no cure. All the health professionals told me to be patient, milk supply usually settles down in the first 12 weeks. So I waited. I got mastitis once. I got a blocked duct 3 times. 12 weeks came and went. Nothing changed. Each day I felt like a porn star with these enormous engorged breasts. Each day I was a leaky mess. I had to have a very hot shower each night and massage out the excess milk to prevent getting mastitis or blocked ducts again.

Our Maternal Child Health Nurse was very supportive, she could see I was distressed. She helped me see it was not all bad. She helped me to accept this was just part of my journey with Zoe. I had ample milk to feed Zoe. My baby would never go hungry. I put some in the freezer in case it was ever needed. I called the Mercy Hospital Breast Milk Bank, hoping to offer them my excess milk, and was told over the phone the only donations they were accepting was money. They had no interest in my milk at this point in time and could not suggest what else I could do with it.

Zoe turned 6 months old, and still no change. It was still a daily battle, but I was much more accepting. Of course I asked the internet, and every search I did said "milk supply usually settles down in the first 12 weeks". Nothing about what to do if you were unusual and past 12 weeks. I was a rarity indeed.

At Zoe's 8 month check up and weigh in, I mentioned to our Maternal Child health Nurse that I had slightly less milk, or Zoe was drinking a lot more. Ever so subtly, within weeks, I felt different. It was not a daily battle. I was not engorged all day anymore. This is what it feels like to be normal. It was such a relief.

Now, Zoe is slowly eating more food, and wanting less milk. She is gradually self weaning. I will be sad to finish breastfeeding her. It has been such an intense experience. At the same time, it has been such a beautiful experience between Zoe and I. We made it. We survived this difficult situation. And it feels good.
Posted by Cat from Raspberry Rainbow at 10:27 PM