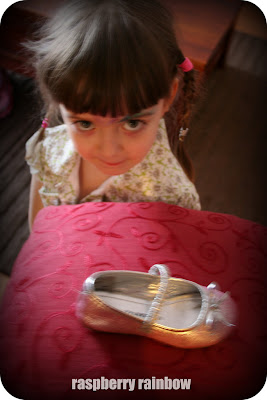 Another quiet week at our house, still some runny noses and sore throats, but slowly getting better - we hope.

This week at our house has been all about pretend play. Abbey playing Cinderella, dressing up as daddy in his home made tie and wearing his work back pack (no photo of this) and quite a few tea parties.

For over 12 months we have been talking about the dummy fairy visiting. This week the dummy fairy finally visited, and magicked away the last few of Abbey's dummies. The dummy fairy was very sweet, and left a little note covered in fairy dust, saying thank you. The deal was when the dummies went, Abbey could get a Ken doll so he could marry her barbie doll. So off to the shops we went to choose a Ken doll - do you think we could find one? No! All we could find was a Barbie Rapunzel and Flynn Rider boxed together - so she got her "boy" barbie and an extra girl one (Rapunzel) - not a bad deal (for Abbey)

The first two nights with no dummy were fine, but the last 3 have been quite awful, with lots of playing up. She told me this morning that she misses the dummy. But the dummy fairy has them now, so there is no turning back.....wish us luck for tonight. 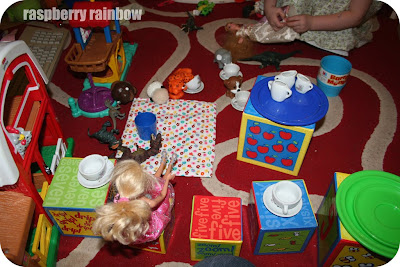 I best be off and peg out some more washing, while the sun is shining.

Please leave a comment here if you want to win one of my hand made Paddington Bear baby rattles.

Have a lovely week.

Cat
Posted by Cat from Raspberry Rainbow at 10:18 AM

Email ThisBlogThis!Share to TwitterShare to FacebookShare to Pinterest
Labels: 2010, At my house, October